It came to my attention this week, after having laughed a good bit from this weekend’s Saturday Night Live (SNL) clip “You Can do Anything,” that the way Gen Y is perceived by the rest of adult society is rather shocking. Narcissistic, lazy, non-committal, and overly needy are some of the terms used to negatively describe this generation. Yes, they are considered the “Me Generation” or sometimes viciously as the “Entitlement Generation,” and to some extent there is some truth to the characteristics implied in this expression, but what gets overlooked are the abounding positive changes that have emerged from it. For those born between the late 1970’s and 2000, depending on who you reference, I can say without hesitation that Gen Y is well prepared to take on the challenges that are arising in this period of extreme change. In 2011 alone, we have witnessed such miraculous events such as the Arab Spring uprisings and the Occupy Wall Street (OWS) movement. Who better to have at its forefront then an internationally minded, open, socially responsible generation to understand and encourage further growth than Gen Y? They are well equipped to interact on a global scale, as they are the most diverse group to date. In Gen Y, 90% of them have at least one friend who is from an ethnicity other than their own, and one third of them are a racial minority. Because of this, the lines between race and culture are blurred. They value the ideas and inputs of all, have been raised to volunteer for leadership positions and are not afraid to voice their opinions in regards to their own or someone else’s unfair treatment. They are also highly entrepreneurial and optimistic about their chances to contribute to a company or the greater good out in the world. Sure, having someone who doesn’t question every management decision can lead to a smoother ride for all, but it also keeps everyone in check. Not all brilliant ideas come from upper management after all. 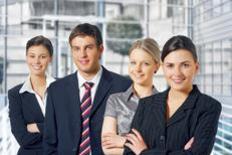 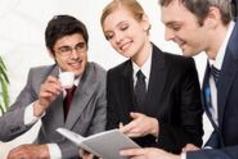 They are the forerunners of the technology age, and it comes as no surprise that they readily accept it into their work, using the technology to their advantage to multi task and find ways to get a job done by non-traditional means. As a result, Gen Yers may come off as lazy to employers, when in reality it is perhaps a lack of understanding from management. It’s about working smarter, not harder for this generation.

Finally, making statements about an entire generation is not only unfair, but can also lead to problems for corporations who actually believe in them. Generation Y is the fastest growing force in the labor market today, expected to increase in size by 2-3 millions workers for the coming years. For that reason, it is easier to gradually accept the changes that Generation Y brings to the workforce, rather than to resist their influence.

As a proud member of Gen Y, I acknowledge that some of this manifesto may seem Gen Y biased, and after all, every generation, including you dear reader, will approach their opinion through the cultural “lens” of their particular generation. In my case, it is impossible for me to feel unsympathetic towards my contemporaries (though trust me, I am also thoroughly aware of many of our faults). At my current job, I have learned over time to bridge the gap of cultural differences with my older colleagues and they have worked equally hard to understand and appreciate me (another awesome side effect of working for a company whose business is understanding diversity and cultural competency). If all companies could approach generational differences in this manner, with open knowledge, communication and respect, the Gen Y “epidemic” would not be so threatening. Instead, companies could more forward with excitement at the immense opportunity for growth that is the result of embracing and learning from our unique generation.

One of the main underlying questions is: Can Generation Y really be faulted for the way they have become? It seems that they are just adapting to the rapid change of the work culture in the US that was started long before they even entered the labor market. For example, Gen Yers have a reputation of being disloyal employees. It isn’t so much that they are disloyal, but actually very aware of the fact that their own well being comes before their company’s. If they are not being adequately compensated for their efforts, then finding someone else who can appreciate their individual talents will be their next step. It’s true that the mindset of previous generations to slog it out for many years to earn your way to the top is not the main concern for Gen Yers. However, given the fact that company layoffs are a regularity in today’s work environment even without the added hassle of the current economic climate, a young Gen Y employee will be more apt to look out for their own interests. Low job security and the demand for Gen Y employees to replace the soon-to-be retiring baby-boomer generation, make Gen Ys feel comfortable keeping their options open and taking their time to find a company that appreciates them. Respecting and honoring the individual talents that a Gen Y brings to a company will garner the highest praise from this generation that idolizes brands, and the companies that can show a more personal, down-to-earth touch are the ones who will capitalize on this unique generation of workers. 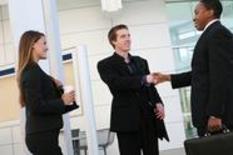 Dispelling the Myths and Misconceptions of Gen Y Workers:
Thoughts from a Gen Y / Millennial Perspective

Generation Y has been labeled as whiny, slackers or just plain lazy, but the truth is Gen Yers are fierce competitors. Compared to past generations, the competition to get into college has become significantly more difficult. Three quarters of colleges have noted an increase in applications (and rejections) with the highest number of high schools graduates recorded in American history looking for admittance. Preparing for college since they were tweens in middle school, these students started an unbelievable workload and took on many extra-curricular activities in order to be accepted to even a run-of-the-mill state school to attain a bachelor’s degree (and many times a master’s degree) while being acutely aware that the debt burden may or may not be worth it in the end. They have fought fiercely for scarce low paying entry level jobs and un-paid internships that have decreasingly lead to full time employment. However, these downsides have not stopped them from remaining highly idealistic and ambitious, traits which stem from the support and coddling of their baby-boomer parents. Employers may find it challenging to keep up with the varied interests and goals of a Gen Y employee as they refuse to take ‘no’ for an answer. With a lot of effort and focus, a Gen Yer has been raised to believe they can do anything. Why would an employer not want someone who has already proven they can accomplish a great deal and can go the lengths to accomplish a task? A company should really take advantage of this quality and help Gen Y to achieve these goals by fulfilling their needs. They will go farther, faster than they have done so in the past. 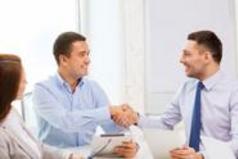 It is not to go unsaid that all of these unknowns and the staunch competition in the workplace leads many Gen Yers to seek appraisal on a frequent basis; a stereotype they are frequently labeled by. The fact is that they’ve grown up in an education system that constantly tests them on their knowledge levels and gives them the known benefit of where they stand. Why wait until the problem slowly simmers until it boils over at a yearly review when it can be address on a more frequent, informal basis? Sweeping issues under the rug isn’t an option anymore when managing Gen Y. They need to be addressed constantly, and in the end, both employer and employee can benefit from more open discussions and feedback.

Today, money may not be the main motivator for Gen Y in a career; rather, flexibility is key. Growing up as the first generation with a high rate of single parents or both parents working to attain the ‘American Dream,’ Gen Yers are ever more aware that there is more to life than just working. Traditional 9-5 roles are being thrown to the wayside as we speak in favor of flexible work schedules because the separation between life and work has worn thin. The traditional view of putting in hard time at a desk in the office just isn’t viable. However, we can all benefit from a more flexible schedule, which allows the growing pains in life to become more manageable. Gen Yers are just the ones pushing the envelope for the change that everyone has wanted for a long time now. 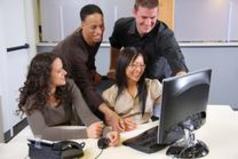