​​Generation Xer’s consist of about 46 million people, almost half that of the boomers. This generation grew up when trends like 24-hour media coverage and tabloid journalism were just beginning. They were also the first to experience the personal computer, cable T.V., satellite T.V., VCR video games, fax machines, pagers, and cell phones, which led to them being technologically savvy. Xer’s are independent, goal-oriented, and entrepreneurial thinkers, likely due to the dynamic environment they grew up in. For example, when they were young the media was being used as a tool to expose people and institutions for their foibles and the “American Mystique” was gradually stripped away. Advancements in technology made the world more globally linked, but it also exposed the Xer’s to a world that wasn’t as cherry as the boomers' generation. They observed violence on TV, the AIDS epidemic, the rise in crack cocaine use, and drunk driving. Single parent homes skyrocketed. Xer’s grew up watching American institutions being called into question – from the presidency to the military, to organized religion to corporate America - combined with a US divorce rate that tripled during the birth years of the X’s, they grew up with a sense of skepticism, but also with a global perspective and a sense of independence. 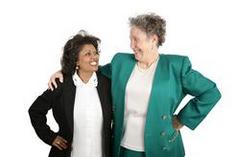 Generation Y consists of about 76 million people. Gen Ys grew up in a society in which media and technology often blurred reality and fantasy. The Gen Y’s parents were the boomers and thus were raised in an optimistic and idealistic environment. Gen Y’s parents encouraged them to be empowered to take positive actions when things go wrong. Gen Ys have benefitted from each previous generation’s wisdom. Gen Ys learned a little lesson from each generation, like loyalty and faith from the traditionalists, confidence and optimism from the boomers, and the Xers gave just enough skepticism to be cautious. Gen Ys grew up among diversity and they expect the workforce to resemble the diverse atmosphere in which they grew up. Some famous and iconic people from this generation are Chelsea Clinton, Prince William, Sammy Sosa, and Marilyn Manson. Technology is an extension of who they are, like cell phones, pagers, and computers. Many of the Yers have been directly affected by personal threats stemming from violent outbreaks such as Columbine, readily available drugs, and gang violence.
Managing Gen Y/Millennials?Check out our Managing Gen Y Guide and Tips.

Traditionalists
People from the Traditionalist generation were born between 1924 and 1946 and at its peak the generation had a population of 75 million. This generation is known for its civic duty, commitment to God and country, and commitment to hard work.  Over 50% of the traditionalist men served in the military and were taught that using a top down “military type” management style was the most efficient way to get things done. The fear of another Great Depression drummed the value of a dollar into everyone from this generation. Technologically speaking, this generation is known for building great cities, highways, railways, and airline systems.

Video: How To Understand Gen Y: Just Pretend They Are French

Baby Boomers
Baby Boomers consist of about 80 million people. Boomers grew up during the post war economy; during this time period the atmosphere in the US was ripe with the sense that anything was possible. A very popular idea from this time came from the famous author, Dr. Benjamin Spocks, who wrote a book on raising children. Prior to this book most child rearing information suggested parents be sterile and emotionally cold, while in contrast Dr. Spock suggested parents view their children as little people with real needs that should be met. Jobs and GI loans were plentiful to the baby boomer's parents and thus the boomers grew up in a relatively affluent, opportunity rich world. The Depression had been over for a while, so boomers were not weighed down with immense financial worry like their parents. Boomers were thinking more about themselves and making money. They were more educated; which led to a raised awareness and consciousness, and thus they demanded social change through the human rights movement. Boomers questioned authority much more than any other generation; they encouraged equality. Competition for everything was very high. With such a large population of people, around 80 million strong, everyone had to fight for what they got whether that be a spot on the football team, getting into their perfect college, or landing the dream job. 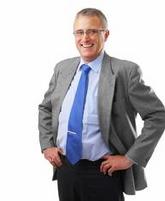 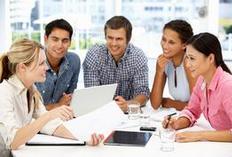 Definition of the Generations 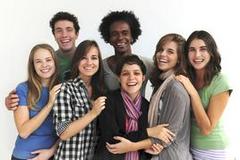